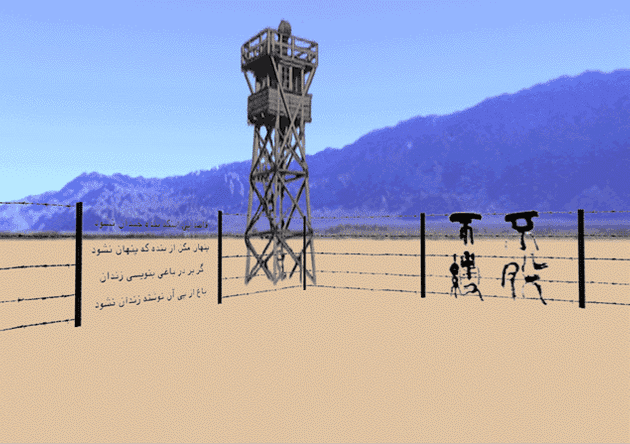 Beyond Manzanar, created by Tamiko Thiel and Zara Houshmand, is an interactive 3D virtual reality art installation, a metaphorical landscape that explores political scapegoating of ethnic populations in times of crisis. The installation recreates the prison camp at Manzanar, layering imagery drawn from the imprisonment of Japanese Americans during World War II and more recent experiences of Iranian Americans during the hostage crisis in a surreal and poetic work contrasting immigrant attempts to achieve the American dream with the demonization of entire groups as the “face of the enemy.” 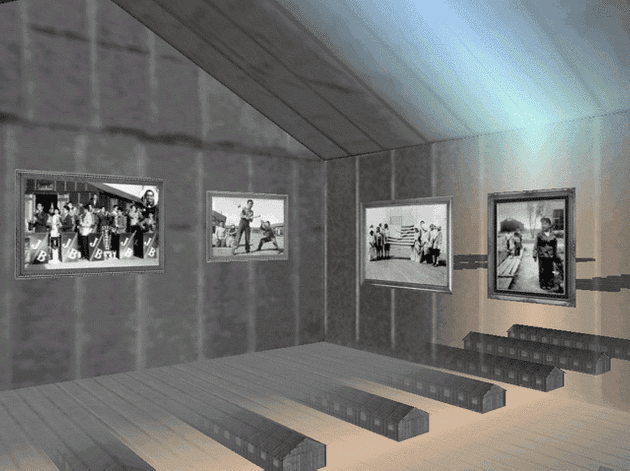 Beyond Manzanar uses the unique spatial characteristics of navigable 3D virtual reality—combining gaming and theatrical design—to locate the viewer inside the camp and underscore the emotional impact of confinement. Your eyes see the passes that lead out of the valley, but you stand at the fence and can go no further. Confined within the camp, you have nowhere to go but inwards, into the refuge of memory and fantasy. At the heart of the piece lies a vision of the garden as an ancient form of virtual reality, an image of paradise created as a refuge from the outside world. 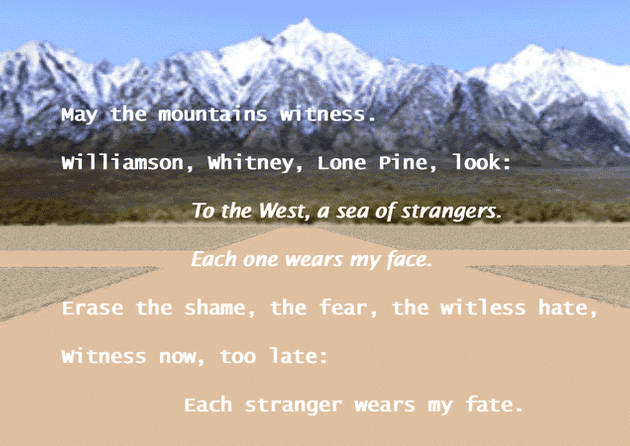 Beyond Manzanar has been widely exhibited in Europe, Japan, and the US, and is the subject of many articles on new media critical theory. An edition is in the permanent collection of the San Jose Museum of Art. For more information, go to mission-base.com/manzanar.

How it all started